A professionally filmed interview with Laurence Danielson (the oldest brother, who was 11 by the time
they returned to NYC in 1941) was filmed in Boulder, CO, on August 17, 2017, with Reveriez
Productionz and Focal Point Productions camera and sound support. ©2017 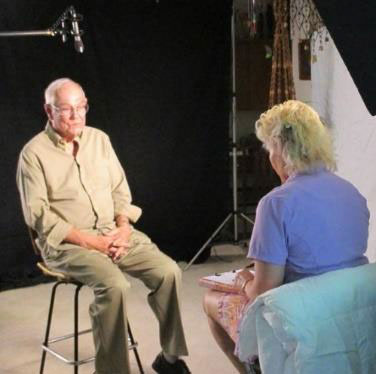 Laurence Danielson being interviewed by Carla Greenhalgh at his home in Boulder, CO, on 8-19-2017. (Copyright Reveriez Productionz 2017)