The first formal interview for the Project was conducted in New York City on June 29, 2017, at the home of Edythe Murphy Holbrook and her husband, John Holbrook. This was not a filmed interview, but one to introduce The Zamzam Project and obtain insight on Edie’s father, the renowned Charles J. V. Murphy who was a war correspondent for Fortune Magazine on the Zamzam with his photographer, David Scherman from Life Magazine. The reporters were on their way to cover the continuing invasion of Africa by Brigadier General Erwin Rommel (which had started in June 1940 and was still raging in the spring of 1941) and a possible secret African railway system set up by the Nazis. As a key historical figure in the event, data is being gathered for an accurate portrayal of Mr. Murphy in both the documentary and film. However, there is no memoir or biography from which to draw specifics from his personal perspective of the Zamzam sinking. The Holbrooks are providing invaluable information to fill in the gaps. This will be an ongoing collaboration with them and their daughter, Sara Guggenheim, who has graciously agreed to help research her grandfather’s exploits. ©2017

Charles J. V. Murphy, broadcasting for CBS, circa 1939. He travelled on the Zamzam as a war correspondent for Fortune Magazine in 1941. (Photo courtesy of Edythe Holbrook and Sara Guggenheim) 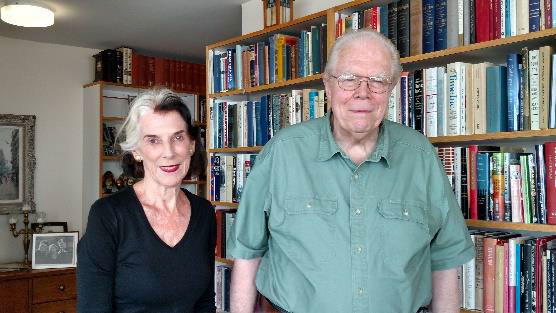