Blog 3: The Survivor Interviews Have Started!

The first professionally filmed interviews were conducted in Lindsborg, KS, on July 18, 2017. Reveriez Productionz of Colorado Springs, CO, Arnold Sound and Video of Manhattan, KS, and an independent cameraman filmed both individual and group interviews all day (in the 100+ heat!). Arnold Sound and Video also provided initial editing, colorizing, and syncing of the huge amount of recorded 4k (ultra HD) data.

The Danielsons included mother Lillian and six children, ranging in ages from 15 months to 10 years old, were aboard the Zamzam. Lillian was a quiet, sensible mom who dared to travel over 8800 miles (as the crow flies) from Lindsborg, KS, to Mombasa, Kenya to be with her husband, Reverend Elmer Danielson who was already in Tanganyika (now Tanzania). Nicknamed “Mrs. Danielson and Her Ducklings”, she is mentioned in nearly all of the Zamzam memoirs from both sides of the ocean.

All six of the children are still alive and part of the Zamzam Project. 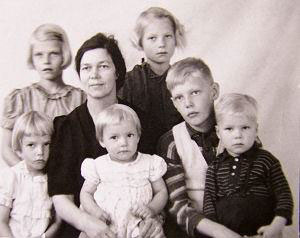 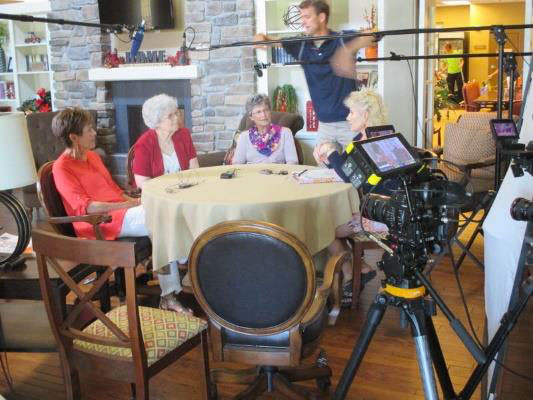 Three of the six Danielson children and several Lindsborg town folk were interviewed. The filming included Eleanor (Danielson) Anderson, Luella Faith (Danielson) Holwerda, and Lois (Danielson) Carlson along with Martha Holmquist, Tom Nelson, Betty Nelson, Ruth Peterson, Amy Pavlovich, Joan Berg, and Warren Olsen. Individual interviews were shot first with each of the Danielson sisters, followed by a group round-table session. In the afternoon, the crew set out for Main Street and conducted on-the-street interviews with the town folk concerning how the Zamzam event impacted them and/or their families. What an amazing start to the project! ©2017 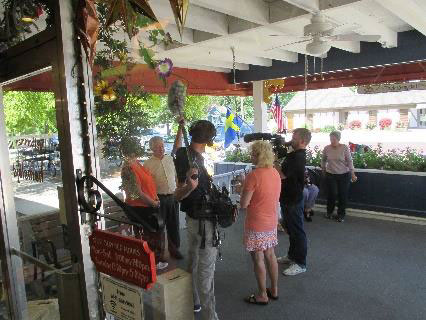 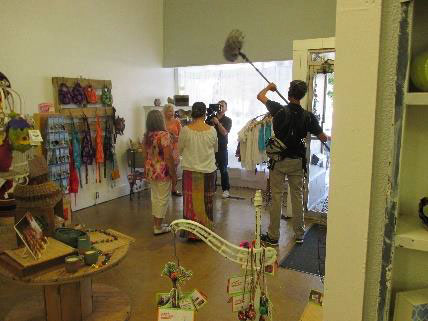 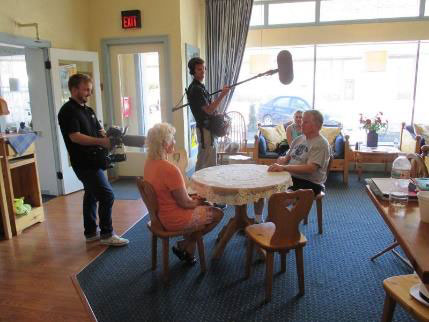